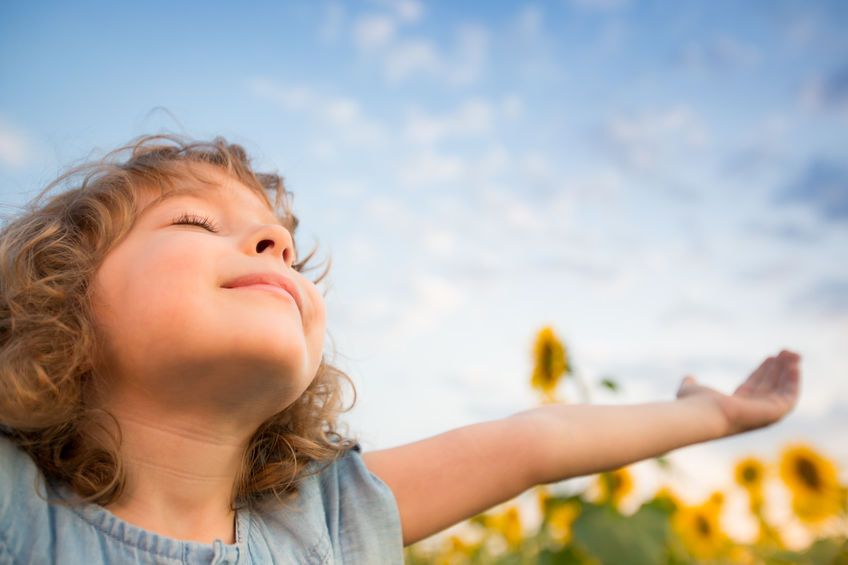 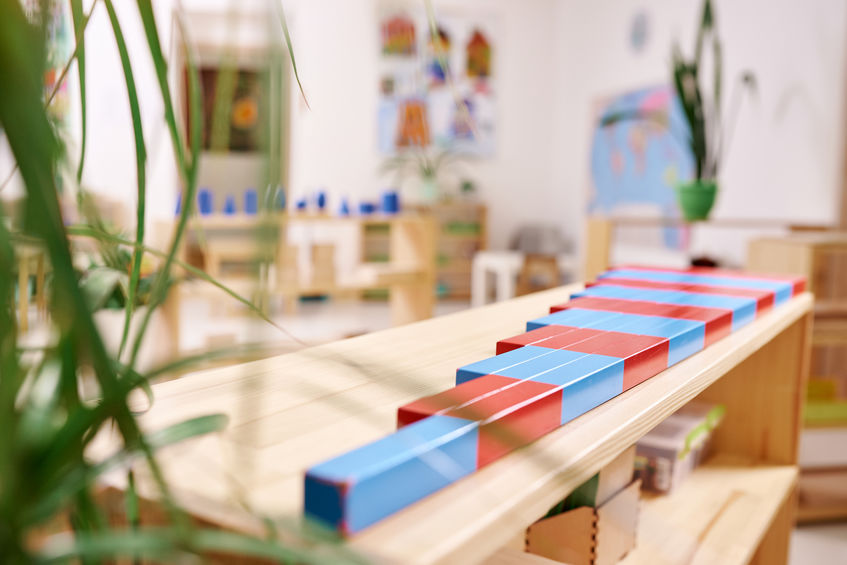 The Montessori school in Pau honors the pedagogy of Maria Montessori. It is a member of the AMF (Association Montessori de France) and is listed among the schools that respect at least the 4 fundamental pillars of Montessori pedagogy, namely:

All Montessori material is available to children on the shelves in the classroom
throughout the year. After the material has been presented by a Montessori educator,
children can pick it up and do it as many times as they want. 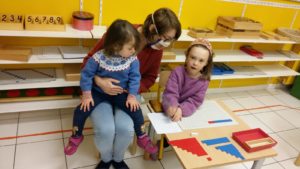 The Maria Montessori school team prioritizes non-violent communication, between educator
and child, educator and parent, but also between children themselves. We teach children to identify their emotions and to deal with conflicts between them by making clear messages such as “It’s up to me … when you … I would like …”. In addition, the rules of the class are always stated in a positive way “I walk in the class”, “I speak softly”, “I do an activity” … 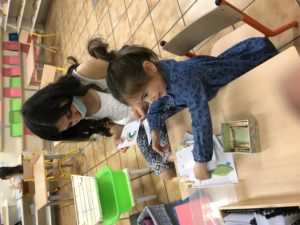 Learning a foreign language early is one of our priorities at the Montessori school in Pau.
The 2,5 -6 year-old class is fully bilingual because the two teachers present the Montessori material in their original language (Laetitia OLIVIER speaks in French) and (Maria SEROURIAN speaks in English).
Children therefore are in a bilingual environment. First they work on their comprehension, then learn to say words and then sentences in French and in English. Children then learn to read first in their native
language and then in the other language. The teacher of the 6-12 year-old class at the start of 2021 school year is French-speaking. We also want to develop bilingualism in the 6-12 year- old class during the year 2022 by including an English-speaking assistant in the team. 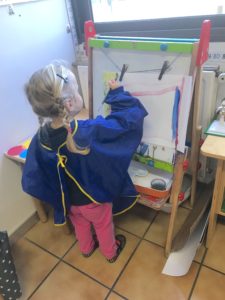 We want to develop creativity in children offering art material and the diversity of activities in art,
music, and dance.